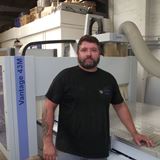 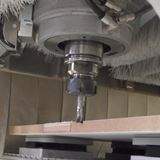 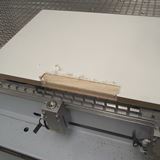 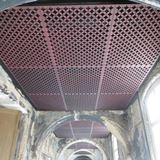 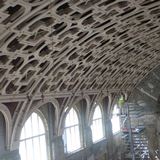 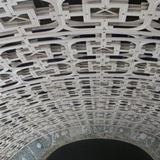 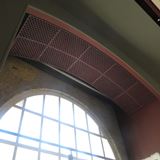 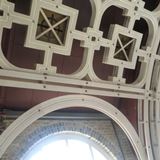 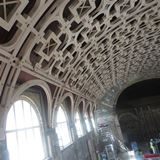 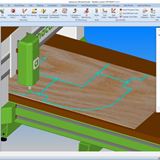 Winning a major contract for a series of intricate acoustic panels covering a 60-metre-long ceiling prompted a joinery company to invest in CNC machine tools and ALPHACAM CAD/CAM software to program them.

And taking the automation route has doubled the company’s turnover from £1.2m to £2.5m in just 12 months.

“Within this short time of having ALPHACAM it’s now a 100 per cent integral part of our production process, and was the main reason for brining in the second machine, which we’re using mainly for carcassing, to make us more competitive.”

Previously, Kent-based Joinery Fixing & Finishing Ltd used beam saws and bench work to manufacture bespoke cabinets, furniture, joinery, door frames and staircases for a variety of private clients and companies.  But directors Tony Groves and his wife Claire realised they needed to automate complex panel production for a lottery-funded project restoring the Battersea Arts Center, after the Grade ll Listed Building was severely damaged by fire. The restoration involved keeping everything as close to the original as possible.

Stuart Betts was hired as Production Manager because of his extensive expertize in CNC and ALPHACAM. “My first step was to install a new 4-axis Homag Vantage 43M machine tool in November last year, with ALPHACAM coming a week later. I wouldn’t have felt comfortable working on this project without ALPHACAM.”

Manufactured from 9 mm plywood, the ceiling comprised around 360 individual components run through the Homag…each one requiring a separate ALPHACAM program. Overall, the panels covered 56 metres in length, and around 18 metres at the arc radius.

Stuart Betts explains that programming the entire ceiling took two weeks, and about five months to machine. “I created the components as 2D and 3D AutoCad drawings and transferred them into ALPHACAM for the toolpaths to be added. Where we had a bank of six rows of panelling they were identical, so I produced a program for the whole row, and we mass produced from that.”

The design process involved drawing the panels as a series of 9 mm layers laid over each other in a different color. “I did it all as one layer in AutoCad, converted it to a DXF file and dropped it straight into ALPHACAM.

“Once I’d got the drawing I set up a Machining Style for that particular program, allocating it to the layers. With other software we’d need to change every layer for the computer to recognize it, along with the line, to be able to do any machining. But I can control all that with ALPHACAM’s Machining Styles.”

He says the first layer had to be recessed by 1 mm to allow a gold-plated center to be installed. “That involved importing the 3D CAD file into ALPHACAM, putting all the styles on it, and the recess. The panels are 1810 mm square, and because the maximum sheet size the Homag will take is 1220 mm, we had to break each one down into two separate programs, so I’d run the component, then use half a sheet of ply for the second component  and layer it over the top so the meeting joints matched, and it would form the full panel.”

One aspect which he would not have attempted without ALPHACAM was to create a tolerance for the radii. “Pulling the two panels together on a radius meant there was a sag in the middle, so the backbone needed to grow slightly to accommodate the radius. That would have been extremely tricky to achieve without ALPHACAM.”

With the shopfloor operatives readily taking to ALPHACAM, a second Homag – a BHX 050 –followed, and was fully commissioned in July. “Going from working on a bench and beam saw to CNC machine tools and ALPHACAM has changed their jobs considerably, and they’re excited about it as it’s taking the company in a very different direction. It’s all about keeping costs down, getting work out of the door much faster, getting our money in quicker, increasing turnover and improving the bottom line.”

The Homags currently run around six hours a day. “Within this short time of having ALPHACAM it’s now a 100 per cent integral part of our production process, and was the main reason for brining in the second machine, which we’re using mainly for carcassing, to make us more competitive.”

ALPHACAM’s powerful parametric capability is giving the company the opportunity to develop its door business. “Common CAD geometry is created automatically, regenerating the file with any required variables, meaning there’s no need to redraw similar components. They’re built using standard geometry commands, with different sizes produced by simply modifying the values of one or more variables. It’s an absolute Godsend for that side of the business, as we don’t have to draw the component. We simply pull out a door that’s similar to the one we’re making, put in the sizes, drag and drop in all the ironmongery and send it to the router.”

He says he has a door and door frame prepared and programmed, ready to start cutting wood on the machine tool in less than 15 minutes.

And he also produces door rails, door styles, box frame windows and joinery components in ALPHACAM’s parametric library. “Once we’ve created a parametric program for any item, it’s so quick and easy to produce new components by pulling a program from the library. Everything is simply driven from a measurement.”

Stuart Betts has worked with all the ALPHACAM modules over the years – entry-level Essential, Standard, Advanced, and the 5-axis Ultimate. For Joinery Fixing  & Finishing Ltd he opted for Advanced, which he says is perfect for their needs, with its powerful capability for complex 3D machining strategies, solid model importing and feature extraction, and constrained parametric part creation.

In conclusion he says: “While nesting and parametrics are particularly valuable to our operation, the whole package combines to bring about a massive change to the company’s production. And its simple GUI makes it so user-friendly.

“It’s definitely the way forward for us.”

“While nesting and parametrics are particularly valuable to our operation, the whole package combines to bring about a massive change to the company’s production. And its simple GUI makes it so user-friendly.

It’s definitely the way forward for us.”