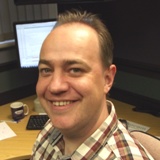 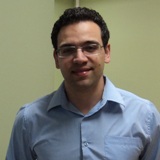 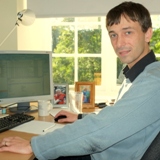 ALPHACAM – the fastest growing brand within the Vero Software stable – has made three new engineering appointments to its development team.
Chris Howlett and Dan Peacock become Senior Software Engineers while Felipe Ferrary joins the team as a Software Engineer.
Says Chris Howlett: “My new role involves designing and developing functionality within ALPHACAM, based on customer needs.” After completing an MMath at Cambridge University he worked as a developer for a company producing networking and telephony equipment, before joining ALPHACAM’s sister brand RADAN.
General Manager Nick Spurrett says: “Chris’s coding skills gained from nine years in the industry, along with his mathematical background and strong geometric and analytical skills, make him ideal to help guide ALPHACAM’s architecture in the coming years.”
Dan Peacock’s career has spanned a number of coding roles, including working on audio products for the PC multimedia games industry, where he developed audio software tools and libraries, wrote example code and documentation, demonstrated new technology and wrote custom audio engines for AAA games. He also worked on application development, primarily for Windows.
“I’m particularly impressed with how feature-rich ALPHACAM is, and it’s clear to see why it appeals to users in so many different industries. It’s easy for manufacturers to extend and customize ALPHACAM to suit their individual requirements.”
Nick Spurrett says: “One of Dan’s skills which we’ll find extremely useful to have on board is his ability to see things from the user’s point of view, not just the programmer’s.”
Although Felipe Ferrary is joining the team as a core developer, he is equally at home with working on ALPHACAM’s add-ins. “ALPHACAM is divided into two aspects – the core product, and add-ins which work externally with no direct dependency on the core.” While he will concentrate on maintaining the core product and developing new functionality for it, his background will also enable him to assist in developing new ALPHACAM add-ins.
This is because his move to the development team comes after three years of working as a Technical Support Engineer for ALPHACAM resellers around the globe. “I’ve been creating macros ever since I started with ALPHACAM, and as I’ve recently begun a Master’s degree in Applied Computing focusing on operational research, I’ve been learning new programming methods that can help ALPHACAM produce even better optimization results.”
Nick Spurrett concludes: “Working on Reseller Support has given Felipe a detailed understanding of what customers expect. This knowledge will help develop the software to ensure each new ALPHACAM release continues to exceed customers’ growing expectations.”