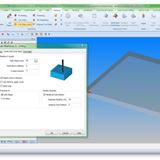 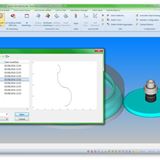 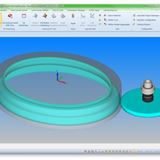 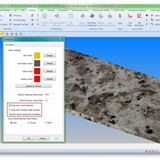 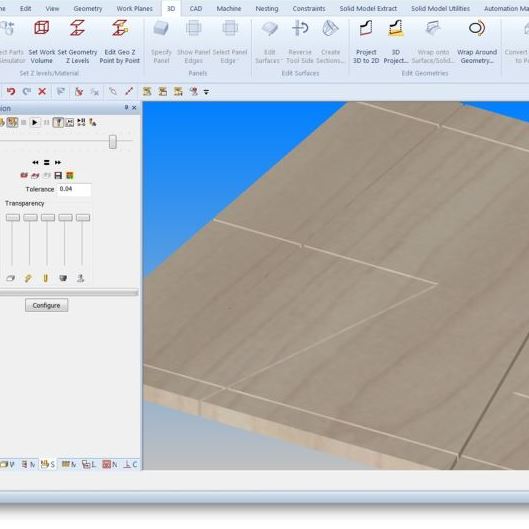 The latest edition of ALPHACAM, from Vero Software – the world’s number one CAM developer – includes a major enhancement to the stone sawing feature, to reduce the risk of fouling.

Previously when using a saw to cut parts, the risk of fouling other parts was possible due to the size of the blade. In ALPHACAM 2017 R1 sawing operations now check for fouling against all geometries selected for the same operation, and Toolpaths will be trimmed if necessary.

This means that parts can be laid out on one piece of stone and all sawn in the same operation, using the automatic fouling check. The operator can use the new tool path extensions tool with options for extending saw paths by either, Distance, to Boundary or Pick Point, with reversing options. This is deemed to be particularly useful in stone operations where the saw cuts can be extended to be just outside the sheet in order to prevent plunging of the saw.

Other enhancements in the ALPHACAM Stone module include a new option called Auto Break-out cut (Open paths only). This allows a configurable partial cut in the reverse direction to be created at the end of an open profile. This avoids having to come out of the stone with a full width cut, which could damage brittle material.

Several enhancements have been made to the Cut Holes / Cut Holes Auto Z function: It is now possible to eject a slug of material from a tool: the feed rate of the tool can now be reduced by a specified amount when it approaches the bottom of the hole; new parameters have been added for breakthrough and slug eject; and new attributes have been added to assist with creating post processors.

The dialogs for the Cut Holes and Cut Holes Auto Z commands have been updated to the tabbed styles, as has the Cut With Disk command dialog. Other improvements to Cut With Disk include:
•    selection of the geometry to machine, and the profile along which machining will occur using pick buttons from the dialog,
•    the ability to select a profile from either the Drawing Area or a separate drawing file. Commonly used side profiles can be drawn and stored in a library folder, thus saving time.
•    loaded profiles are placed onto a work plane automatically. The position of both the work plane and profile can be defined. The direction of the geometry and/or the profile can be reversed, and the tool side changed as part of the operation – if the selected profile is in flat land or the same work plane as the geometry to be machined, a work plane will be created automatically in the correct orientation. The original profile will not be modified.
•    the dynamic preview is now available for this command. When editing settings, the Drawing Area will update with a preview of the side profile, displayed as a rendered surface around the geometry. The tool and holder will be displayed, if applicable.

ALPHACAM Stone Software has been specifically developed to address the unique challenges encountered when machining marble and stone, and is one of the most widely used CAM software packages in the stone industry. With offices globally, Vero Software has developed close partnerships with Original Equipment Manufacturers (OEMs) to create the ultimate Tool of the Trade.